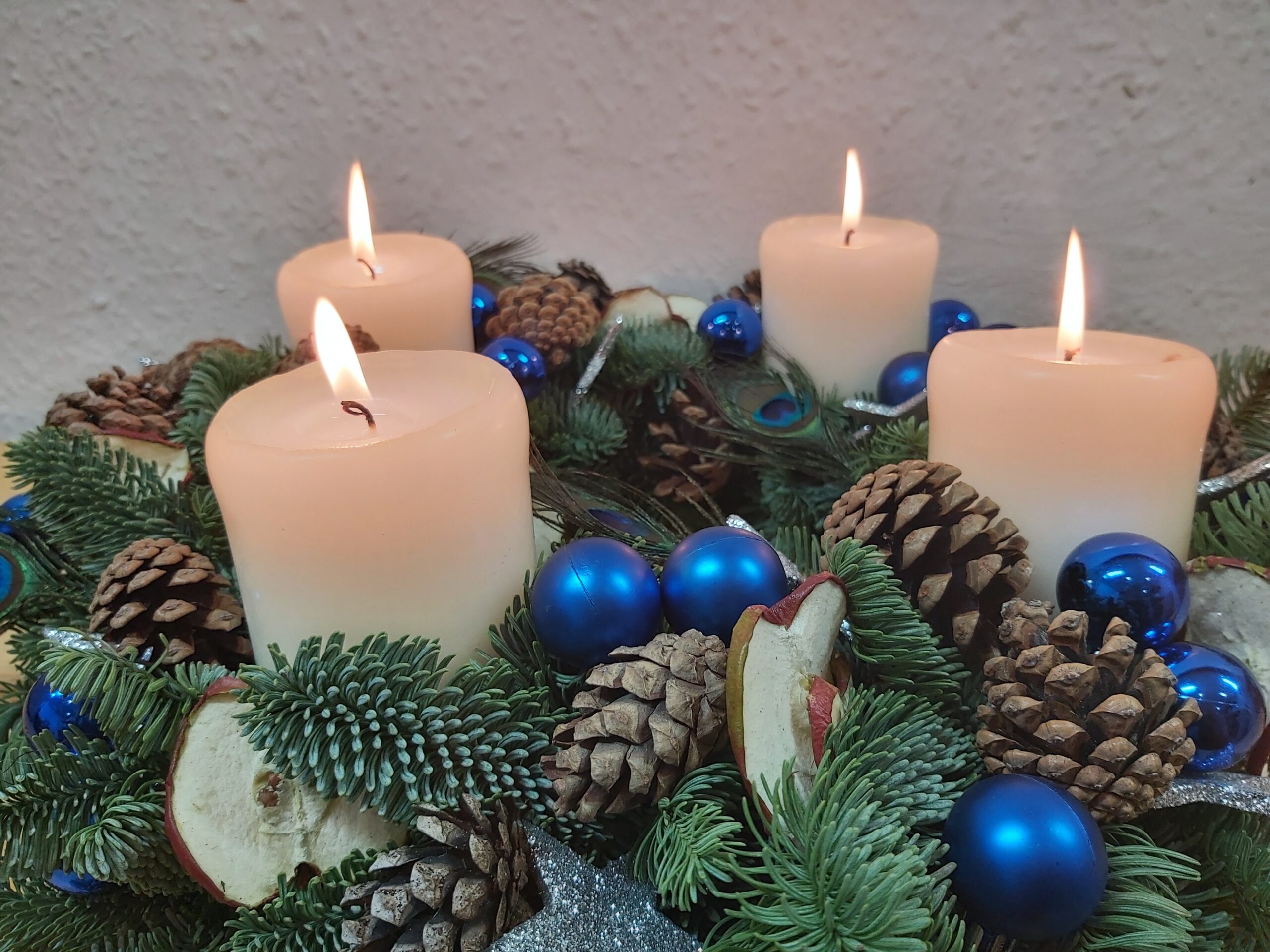 Nothing is more festive than a Christmas wreath. But which type of wreath shall we buy this year?

Wreaths have been a symbol of luck, prosperity and success since old times. In Roman times and until now, wreaths were given to successful racing drivers and athletes.

The English name comes from the twisting of the branches that are required to make them, ‘writhe’ and ‘wring’. And they’ve been placed on doors in the wintertime since immemorial, the pagan north of Europe. And after by the Christians celebrating Christmas.

The key feature of a wreath is that it’s evergreen, as that’s what denotes the circle of life, the immortal spirit. On a practical level, it’s also the only type of plant that would still be thriving in the freezing north. So wreaths are usually made of holly, ivy, conifers and other trees and shrubs that are plentiful around this time of year.

They usually are decorated by other natural decorative materials. For example by twigs, pine cones or holly berries that would have been plentiful in the winter. Dried fruit on a wreath is also a seasonal tradition, dried orange and apple slices and other citrus fruits are very popular and point back to a time when they would have been considered festive items.

An Advent wreath is a stunning centrepiece for your table and always consists of 4 candles. The wreath is made from fresh Christmas greens, that give your home the wonderful forest fragrance.

There is no better way to welcome Christmas into your home then hanging a festive wreath on your door.